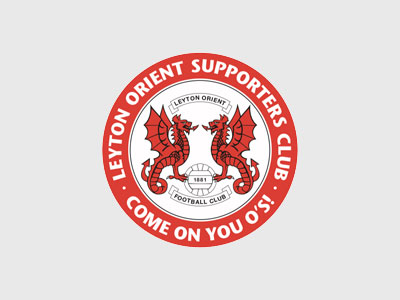 The Club has today received a £20,000 donation from the Leyton Orient Supporters’ Club.

The donation will help aid the Club’s cashflow during this unique yet challenging period, with the season currently suspended until at least 30 April.

David Dodd, Chairman of Leyton Orient Supporters’ Club (LOSC), said, “At this difficult time the Supporters’ Club are pleased to be able to make a further donation of £20,000 to the O’s to help cashflow within the club.

“It follows a donation of £6,000 in December and one of £25,000 last August and upholds the long tradition of positive interaction by LOSC with the O’s. I should like to thank our club members for their loyal support in enabling the club to make these donations and to our committee for their ongoing hard work at LOSC.”

Chief Executive Danny Macklin commented, “Even at this difficult time for everyone across the country and world, the Leyton Orient Supporters Club’s very kind gesture will help aid the Club’s cash flow and requirements during this challenging period.

“The support from David, his hard-working volunteers and of course the scores of fans using the Supporters’ Club cannot be applauded enough. Most importantly now is the time to focus on the health and wellbeing of everyone in the Orient family. We will soon be back to that lovely familiarity of football at The Breyer Group Stadium – let’s cling to that.”