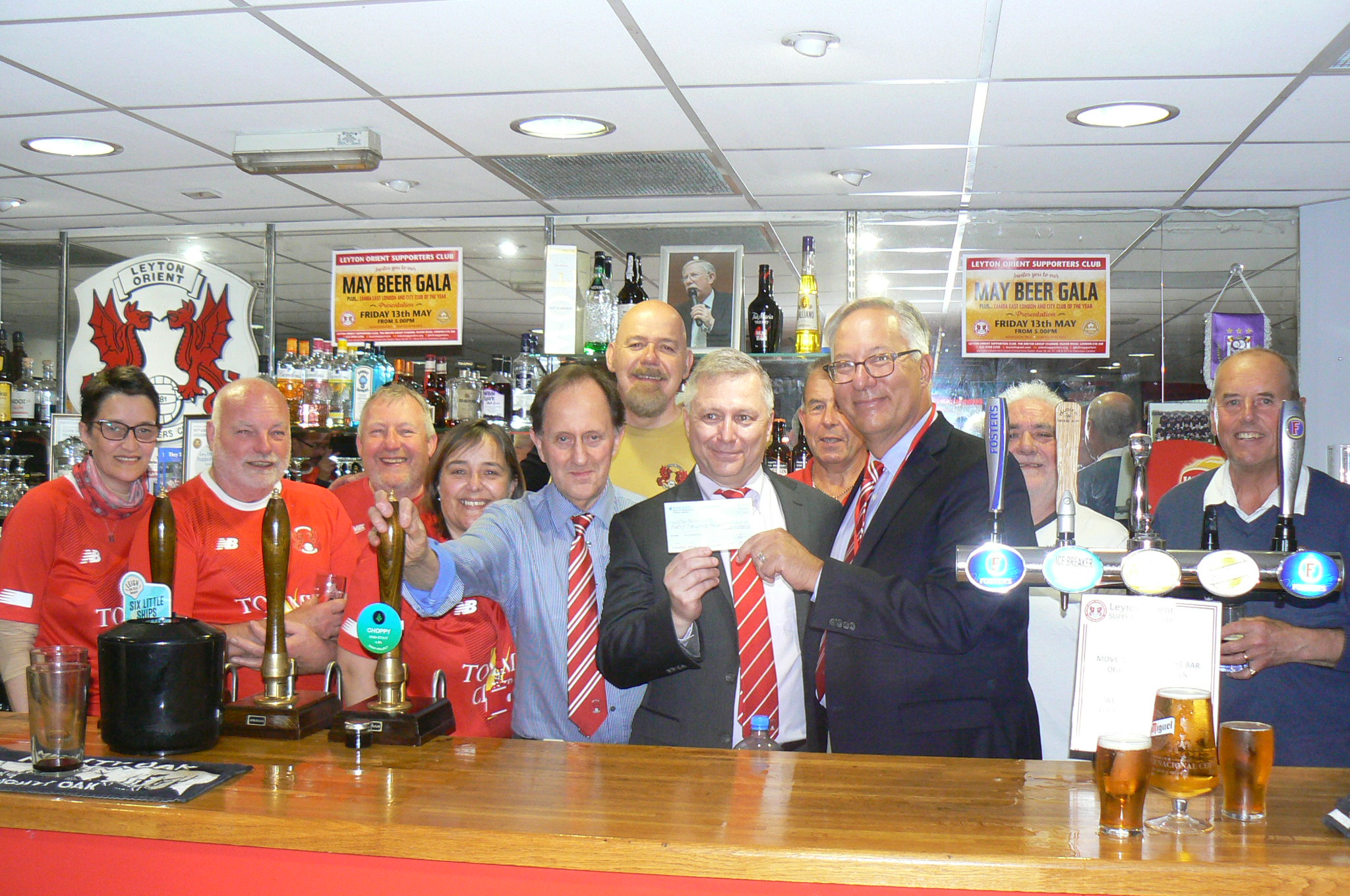 On Saturday 7 May 2022 after the game v Tranmere Rovers, LOSC Chairman David Dodd and members of the Supporters Club Committee presented a cheque for £40,000 to LOFC Directors, Kent Teague and Nick Semaca, this being the Supporters Club’s donation to the O’s for the 2021/22 season.

The monies will be used as a contribution towards the new floodlight system being installed at the Breyer Group Stadium during the summer months, bringing the lighting up to EFL Championship standards.

David thanked LOSC members for their continued support in helping to make the donation possible. Kent and Nick responded by saying how much the Football Club appreciate the work and help of the Supporters Club and it’s members.